Around this time of year, the mainstream media and Internet meme-machines like to remind us how old we are by telling us all of the things this year’s high school graduates won’t remember because, well, they weren’t even born yet.

That list is usually all pop culture, technology, and political references. But what about church? I bet we can make a good list.

In church leadership, we have a looooong memory. And for some reason, we expect the new wine to clothe itself with old wineskins to learn and accept every moment of our history as part of their own personal story.

This spring’s high school graduates were born in the year 2000. Here are some churchy things for which they have little to no context for…

These things make all of the real lists, but churches still ignore these facts. This year’s college graduates don’t remember…

I challenge you to invite some high school grads to join you and your staff for a conversation about what you’re doing that they don’t understand. Let’s not be so hyper-focused on reaching Millennials that we wake up one day realizing we’ve already lost Gen Z. 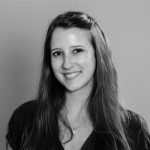 A big thank you to Tiffany Deluccia for the guest post! Tiffany is Director of Marketing & Communications at The Unstuck Group. She graduated from Clemson University, and before joining The Unstuck Team, worked in public relations with major national retail brands, nonprofits and churches on content creation, strategic planning, communication consulting, social media and media relations. She also founded and writes for WastingPerfume.com, a devotional blog for young women.