David Hearn  President of the Christian and Missionary Alliance in Canada

One of my favourite TV shows growing up was Gilligan’s Island. Even now, decades later, I can still sing most of the opening song. “Just sit right back and you’ll hear a tale, a tale of a fateful trip. That started from this tropic port aboard this tiny ship…the weather started getting rough, the tiny ship was tossed, if not for the courage of the fearless crew, the Minnow would be lost, the Minnow would be lost!”

A few weeks ago on our family vacation in Phuket, Thailand, I felt like I was right in the middle of a Gilligan’s Island type drama. We had signed up for a cruise to Phi Phi Island, a journey of just over an hour from the mainland of Phuket. The ride out to the island was rough but we had no idea how intense our return trip would be. Black clouds rolled in and the wind began to pick up significantly. The waves increased in size and the little boat we were in was tossed around like a play toy in the bathtub. The faces of our fellow passengers were showing signs of increased fear. What made matters worse was that a week earlier, a boat filled with Chinese tourists on this same journey sunk when broadsided by a 16-foot wave. Forty-seven people died in this terrible tragedy and everyone on our boat was very aware of the potential danger we were in – everyone except this one little girl who was sound asleep as she cuddled close to her mother’s side.

It reminded me of a similar adventure experienced by the disciples of Jesus, who were caught in a storm as they sailed across the Sea of Galilee. Mark describes it this way, “A furious squall came up, and the waves broke over the boat, so that it was nearly swamped. Jesus was in the stern, sleeping on a cushion.” (Mark 4:37-38). How could Jesus continue sleeping when the waves were out of control? This was because Jesus knew He was fully in the care of His Father. He lived at the center of the Father’s heart. He knew who He was and what He had come to accomplish. He was held in the grip of His Father! The disciples could only see their pending doom but Jesus saw the presence of the Father. The disciples immediately woke Jesus up and asked him, “Teacher, don’t you care if we drown?” (Mark 4:38). Fear was in complete control and their faith was eclipsed by the size of the waves.

The picture of the little girl asleep next to her mother as the waves crashed against our boat caused me to ponder this thought, “If a little child was on that boat with Jesus, what would they have done?” When children are scared they run to those who they find safety in; they cling to their mother’s legs, they bury their faces in their dad’s chest. Children were drawn to Jesus, they clung to Him and knew He was safe. I wonder if a scared little child on that boat with the disciples would have run to Jesus and curled up next to Him. Instead of shouting at Jesus to wake up or accusing him of not caring, a little child would have snuggled up right next to him – the safest place on that boat.

When the waves of pain, discouragement, trial, or trouble are swamping our lives and we are tempted to shout out in anger or be caught in feelings of abandonment, we need to remember who is in our boat – the Lord of all creation, the maker of heaven and earth! Nothing is impossible for Him. Nothing is too complicated for Him to figure out. Nothing is too tangled that He cannot unravel our messes. He got up, rebuked the wind and said to the waves, ‘Quiet! Be still!’ Then the wind died down and it was completely calm.” (Mark 4:39).

Friends, we can be absolutely sure that as fierce as the waves are, God’s love for us rages even more fiercely. No waves can ever wash us out of God’s mighty hand. Jesus is in complete control and in that, we can find peace instead of fear. As I was being bounced around in the back of our little boat, I took a lesson from the sleeping child a few feet from me and imagined myself clinging tightly to Jesus. I found myself relaxing and even at some points enjoying the ride. Are you caught in the waves? Why not curl up next to Jesus and ride out the storm. Pillow, anyone?

Dave Hearn is the President of the Christian and Missionary Alliance in Canada. He has held C&MA leadership positions at local church and District levels. He served as District Superintendent for the Canadian Pacific District from 2005 to July 2012. He loves spending time with his family, and he’s passionate about living on mission fearlessly. 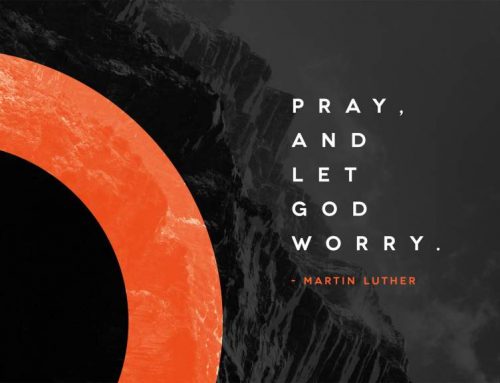 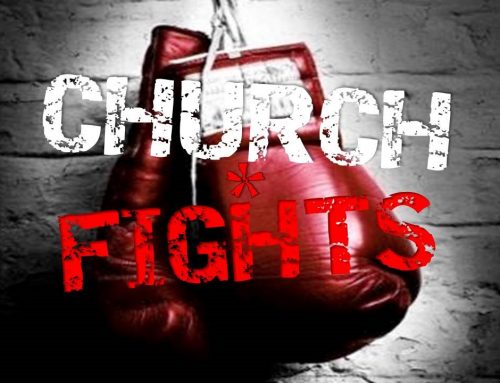