Update from The Community Youth

Last newsletter, I wrote to you letting you know about a potential physical space for The Community in Esquimalt. I asked that you’d pray for three things: discernment of and obedience to God’s will, an agreement with the owner that blesses both parties, and financial provision. Well, God must like hearing and be answering your prayers because it’s check marks across the board.

I’ll begin with the second and third prayer requests as they all tie into the first request as God has used the financial provision and financial ‘negotiations’ as confirmation that this is the way forward, this is the space. After we met with the owner and I sent out the last newsletter we received an email from his accountant giving us the costs of renting this space on a monthly basis. It was quite a bit higher than we had anticipated–not unfair in any way, just what the current market value of the space would be. Well, we went to praying and felt that God was laying on our hearts to offer the owner $1500/mth. This is significantly less than the estimated cost we had been sent but the number seemed right. I met with two other friends who pray for our ministry and, I don’t even think I mentioned $1500 to them but they both said . . . “the number $1500 sounds about right. That’s what’s coming to mind.” So, I went to the drawing board with a few board members and brought in some outside advice from other youth ministries that lease space figuring out ways we could best pitch this lower number to the owner of the property. We came up with a few different options of things we could do to help make up the shortfall of the cost versus what we felt God was laying on our hearts to offer.

Whatever offer we made it was still going to require sacrifice for kingdom purposes on the owner’s part. Well, as you guys prayed away, a few of us met with the owner and pitched $1500/mth to him. He didn’t bat an eye and just said, “we can swing that.” He wasn’t even interested in the other options that we’d come up with and wasn’t at all concerned about the significantly higher number his accountant had sent to us. There are still some details to be worked out and there will be quite a bit of work we need to do before we can move into the space (we’ll keep you posted and be asking for your help with renovations as we go forward) and I just want to say: “Praise God from whom all blessings flow!” “Every good and perfect gift is from above and comes down from the Father” (James 1:7).

Furthermore, as we were in discussion about all these things, God brought another confirmation to me. A few weeks ago, a student that attends the breakfast program was physically assaulted by an adult close to the school. This happened right across the street from our soon to be space. The student was telling me about what happened at breakfast program and said: “yeah after I got attacked, this guy came out of one of the warehouse shops to help me.” He said it was a different building than the one we will have space in but that event came up in conversation before I made our financial pitch to the owner. The owner said: “Oh yeah, that was me, I was in a business meeting making a pitch and saw this youth get hit by an adult so I stopped the meeting and went out to help the youth.” He then brought the distraught youth up to his offices and had some of his staff take care of him and get him a pop while he called the police for the student. Wow! I told him that he’s going to be seeing a lot more of that youth when the drop-in space opens up. I talked to the youth about this the next day, that I know the man who helped him and he was so excited: “Wow! that guy was so nice, I really want to thank him again!” I can’t believe what God is up to, I really feel like this isn’t just A space but THE space he has for us.

Now, on to prayer request number three–financial provision. I haven’t done any ‘fundraising’ for the upcoming costs of this space neither for the start-up costs of getting the space set up the way we need it to be, nor for the monthly cost of rent. The only communication I have made so far is the last email where I asked you to pray about giving and to pray for God to provide financially. Already, a handful of people have indicated they would like to help with the start-up costs which is quite encouraging. In addition to that God kind of knocked my socks off when a new donor approached me–remember, before any fundraising or even letting a whole lot of people know about this and the costs–and let me know that they’d like to commit $1000/mth for the first 12months to rent! God’s on the move 🙂

There is still so much to do over time (finances, volunteers, renovations, etc) and so many prayer requests to express but for now, I just want to praise God for what he has done, what he is doing, and what he will do! We’ll keep you posted. Thanks for praying, encouraging, giving, and volunteering with us and for us.
​

My only prayer request this newsletter, though there are lots of things to ask for, is that you would take some time with me to praise God for what he has done! He knows the requests and the needs, I’d ask that you thank him with us. 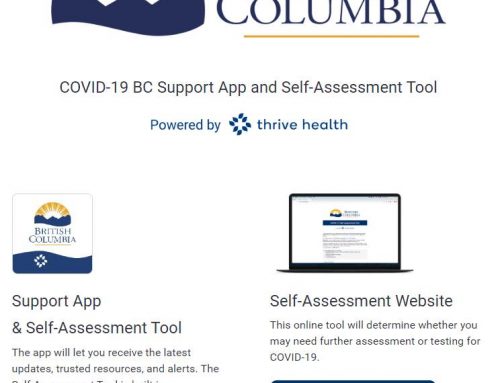